How to Handle Matrigel for 3D Cell Migration Assays 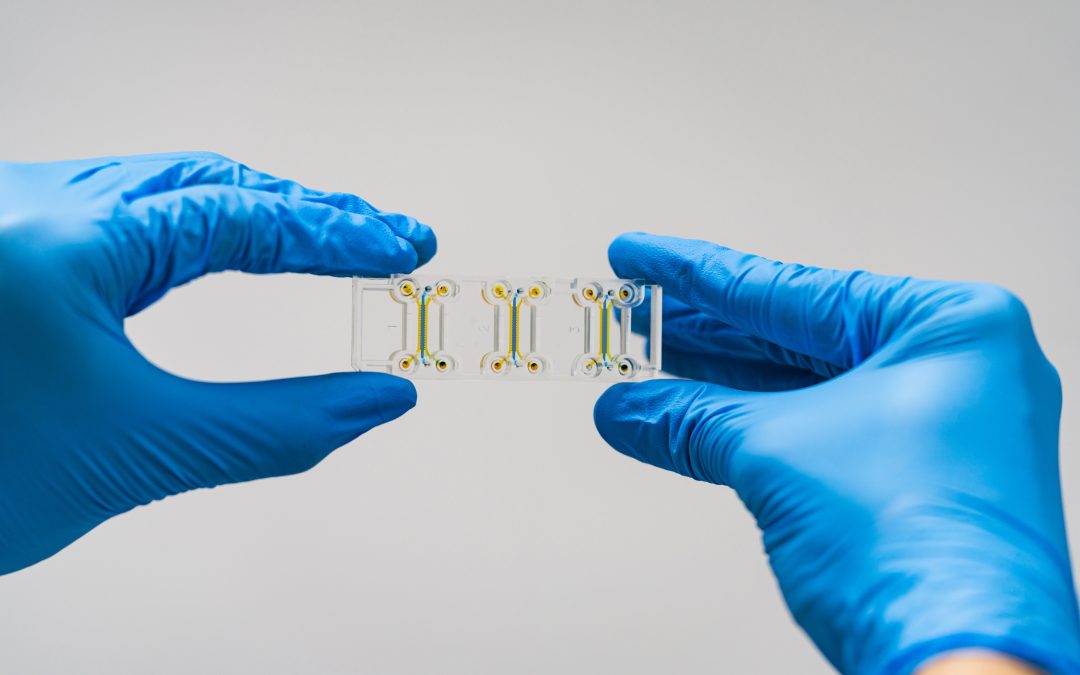 Overview
A researcher from China has been looking for an in vitro platform to run cancer cell migration assays. He found that AIM 3D Cell Culture Chips are suitable for his application as the chips offer useful features such as the ability to monitor live cell migration. However, he faced a problem in filling medium into the media channels without leakage, after filling the gel channel with Matrigel. After a discussion, we realized that the underlying reason could be the concentration of the Matrigel that was used. We advised him to use Matrigel without dilution, and to try another batch of Matrigel if the first option fails. In the end, he successfully solved this problem by using a higher concentration of Matrigel and by controlling injection pressure during the gel filling step.

Background
The researcher is interested in using AIM chips for cell migration assays where cancer cells seeded into the media channels can be observed invading into Matrigel. He likes the fact that he can observe and quantify the cell migration process without any ambiguity. However, after filling the gel channel with Matrigel, 50% of the AIM chips failed when he injected medium into media channels. He noticed that medium would leak from one media channel into another channel. In some cases, the medium would pass through the Matrigel and leak out from gel inlets. This could indicate gel disruption. In addition, bubbles were trapped inside the Matrigel during gel filling. This problem still occurred occasionally, even though he was careful to make sure the Matrigel solution was bubble-free.

Solution
The researcher had diluted the Matrigel with medium in a 1:1 ratio to a concentration of 4 -8 mg/ml. Based on feedback from other users who use Matrigel to construct 3D matrixes, Matrigel should be used undiluted and preferably in the range of 10 -12 mg/ml. The researcher further confirmed that he was able to prevent the leakage of medium by increasing the concentration of Matrigel. Besides, he also found that a slower gel filling rate* would help to solve this problem too.

*Fast or slow is a subjective term, you may need to optimize the filling step for your application. Matrigel may polymerize and block the gel channel during the gel filling step if the filling process is too slow.

Conclusion
Matrigel can be tricky to work with as it is viscous and it polymerizes very quickly at room temperature. For the application of Matrigel in AIM chips, we recommend using Matrigel undiluted and preferably within the range of 10 -12 mg/ml. Gel filling rate should be optimized for your application. We recommend using a fresh pipette tip to fill each new gel channel to prevent bubbles from being trapped within the channel.

Understanding PD-L1 expression in breast cancer with the idenTx chip

Simplify and isolate: A case study on how idenTx streamlines preclinical research

Step-by-step: Data and insights from a human cancer-on-a-chip model

Scale up your study without compromise: Introducing the idenTx 40 plate